Defenders of guild socialism and the honest values of the working class, the British Dorset-based band SAVAGE UNDERDOGS take pride in toiling hard to get a job well done. Their artistic commitment comes from an understanding of shared kinship and a sense of responsibility. Their objective is to deliver a quality music product to their enthusiastic audiences.

The band bring a uniquely thrilling proposition to music fans: hard-driving punk ‘n’ roll influenced by a worthy nostalgia for lost or dying American culture. They’re naturally inclined towards the tribulation and redemption of Johnny Cash or the blue-collar perspective of Springsteen, yet their exquisitely crafted songs also combine the ever-present fidelity of original punk credentials.

At the heart of the SAVAGE UNDERDOG sound is implacable spirit and the authentic verse-chorus-verse of true rock. But also, these days, their songs tend to pack the lilt of country-blues and the subtlety of folk. Their output is less stereotypically punk-sounding than other bands in the field and that’s because their lyrics don’t naturally express anger or social alienation, but rather a sense of commitment and responsibility. Now that they’ve moved away from pure punk, they’re keen to “get on with things.” 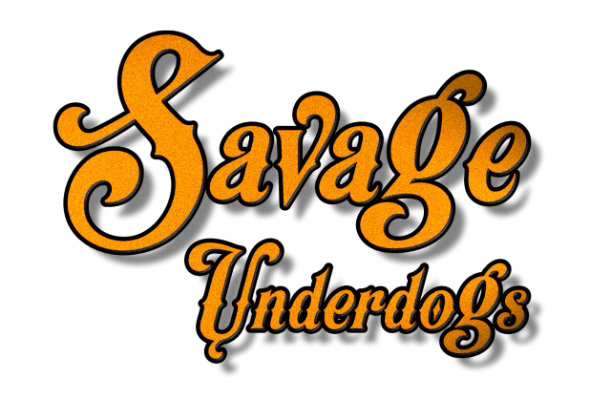 Having said that, they didn’t come up with the band name until they’d been together for six months: “We had been making original music for a few years and under different guises, but with Ben (harmonies and guitar) joining us about two and a half years ago, it was time to make a good, solid and reliable line-up.”“During our early days we kinda formed the subjective impression that we were the little fellows on the scene… the underdogs. Down in the South of England, where we gigged, we found we were surrounded by really good bands — but they were all cover bands — so we stood out from the crowd because we played mainly originals. For example, during a day of concerts, a South-Coast audience might hear the same set list seven times, with us in the middle being the only ones to bring an hour of original songs.”“One day, after we’d completed a skillful acoustic set, an audience member stumbled up to ask, “Do you play anything by the Killers?” That was the moment we developed our grunt, we discovered our corporate teeth and we growled… it was the moment we went wild, and we decided to do something that no one else had the balls to do … We decided to become the SAVAGE UNDERDOGS. The low dogs of salvation.”The throbbing “Rollin’ High” with its plaintive bass-beat was on their 4-track E.P. The vocal on this recording is insolent and uncouth but the toiling melody is compelling. The song has exuberant flowering and a sense of overwrought release. If you can imagine New Model Army performing a bouncy Tom Waits number, you’d be in the approximate area. 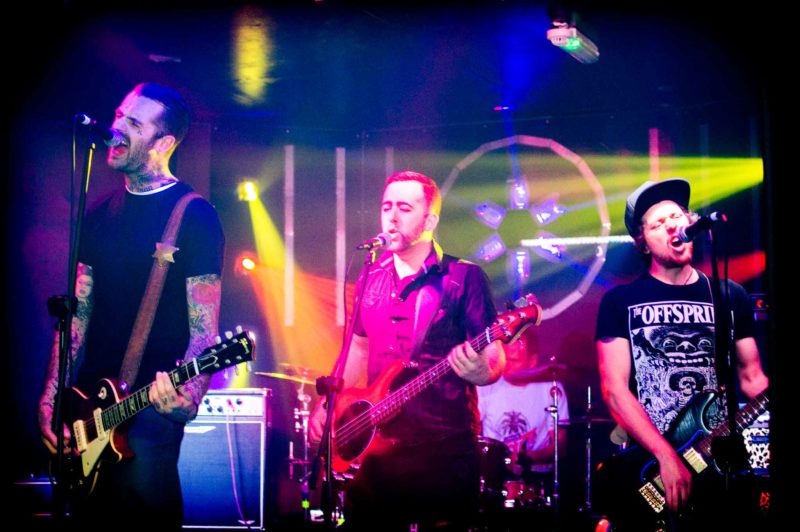 Likewise, on the same E.P. was the brusquely snappish “Long Dead and Gone” — full of angry guitar, petulant rhythms and nourished by a Celtic atmosphere that might remind a punk-fan of early Pogues.Their oldest song, the one they’ve been playing for years, is titled “The Churches.” The slow, simmering chords and fast rhythms are magnified in this critical essay that touches on the helplessness, hopelessness and redundancy of established religions. The main voice lends itself to annoyance and irritation, while the accompanying voices help soothe away any latent resentment, while the guitars jump the tension. “It’s always fun to play live…” 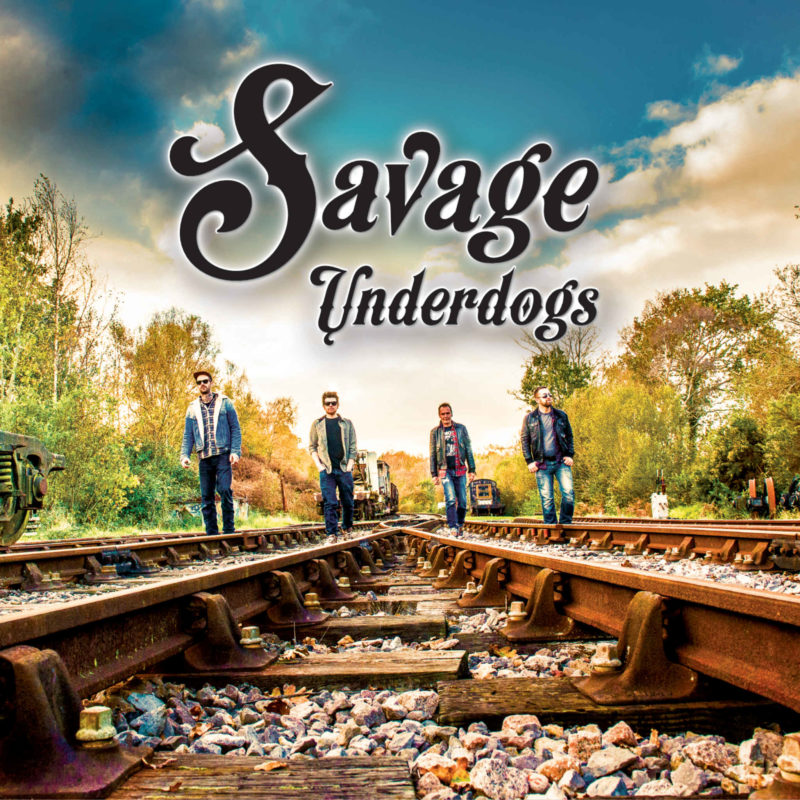 After a trip along Highway 99 in 2016 the band’s front- man and lyricist, Matthew Williams began to flesh out the concept of a studio album. The motivation behind the album is love: Love for a moribund American culture that seems flavored with disappointment. The Dave Holder engineered album, recorded at Clint Productions (Dave assisted on the earlier E.P. and helped perfect the band’s distinctive and edgy live sound) includes uncomplicated blue-collar storytelling, songs with distinct imagery and plenty of ditties that always contain a brawny, heartland rawness.

British folk is undergoing a bit of a revival at the moment (for example, O’Hooley & Tidow’s Gentleman Jackis heading for Emmy nomination) and sea shanties are an important part of the canon that brought Celtic rock and folk punk. It is no wonder, then, to discover that Matt, when he’s not performing & touring with SAVAGE UNDERDOGS, joins the sea-shanty-men “Kelp!” — a gang of South-Coast lifeboat-men, sailors and fishermen — to perform traditional music.

In fact, all members of the band are influenced and impacted by the sea and the maritime tradition of South Dorset. Thus, the new album begins with the foam-punk epic, “Storm” with its ever-insistent percussion and luscious guitar-work. This song has plenty of fast-tempo aggro and glints with cutlass-sharp lyricism. It’s buccaneer-rock at its best.But on the album we also get the sympathetic melodic contours of the anthemic title track: “California 99” with expressive accompanying voices, contemplative guitar and clement sway. “I’m coming back to you…” the band sings with dewy nostalgia. But it’s only the starry-eyed crew- members that cling to dreams when all hope is lost for a land we’ll never see again.Whether it’s protesting government inactions, firing broadsides at social injustices, turning jack-screws on inequality or just singing half-mournful, half-exultant psalms of longing for a lost and dying American dream, the sound of the SAVAGE UNDERDOGS, with their underlying chant, dense inter-mesh of male voices and their expression-filled individuality, bring social commentary and characteristic narrative to original, British, rock ‘n’ roll artisanship.To be filed alongside: The Gaslight Anthem, Mike Ness