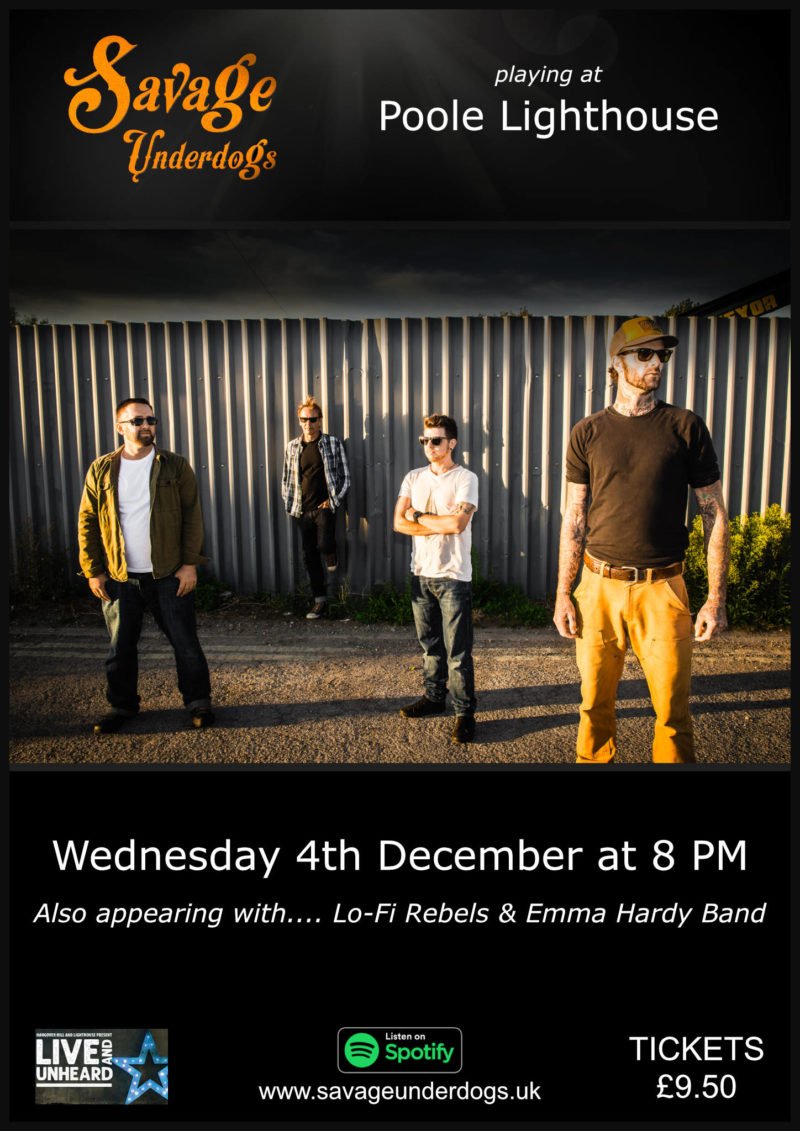 Savage Underdogs bring a uniquely thrilling proposition to music fans: hard-driving punk ‘n’ roll influenced by a worthy nostalgia for lost or dying American culture. They’re naturally inclined towards the tribulation and redemption of Johnny Cash or the blue-collar perspective of Springsteen, yet their exquisitely crafted songs also combine the ever-present fidelity of original punk credentials.

Lo-Fi Rebels wear their “art on their sleeve” it may be cooler to reference happening indie bands or iconic American punk but the band are effectively channelling , reviving and updating a sound that has been wielded many times before from the likes of BB King to the Seeds to Dr Feelgood to Burning Tree proving that great music does stand the test of time . If these are intentional references then good on them, it shows that they not only have great taste but are aware of their place in musical history” – Dave Franklin – Dancing About Architecture

Emma Hardy performs regularly on the local circuit playing her guitar and singing either Solo or with the help of one of the band members as a duo performing a mix of covers and her original songs. However for special occasions such as “Live & Unheard” she will be joined by her full band.

Emma is thoroughly looking forward to the chance to air her own songs in this unique environment.