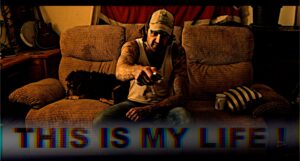 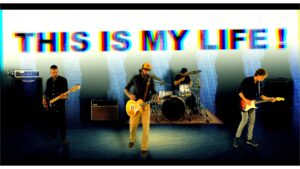 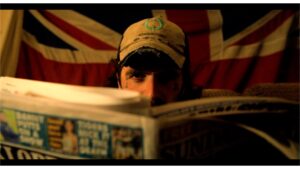 On Friday 3rd December, Savage Underdogs are releasing a long-awaited track titled ‘This Is My Life!’.  One of four unreleased tracks recorded in March 2020 by Matt Williams, Greg Long, Ben Stock and Pete Sheriff on the cusp of the pandemic and when the world shutdown.

‘This Is My Life’ endows with the tremendous power of two rock guitars, driving bass and heavy drumming.  ‘Savage Underdogs’ are not Punk but the traits of the energy and drive is a likened to that genre but tilting more towards Rock n Roll.  What breaks ‘Savage Underdogs’  away from the traditional rawness of Punk is the dousing of  power  harmonies and rememberable melodic guitar lines too hooking in the listener.

Lead member and songwriter of the band ‘Matt Williams’ doesn’t have a political agenda to his writing output, but he approaches everyday things that average Joe/Johanna experiences or is aware of.  Trying to portray the everyday truths that  each day unveils.  The song addresses the propaganda that media and politicians have been spewing out.  It’s nothing new but lately people are under tension and are tired of it all, the lies, etc and standing up and rebelling and want to get away from it all which is revealed in the song’s narrative.   Often it is said that Savage Underdogs are influenced by the ‘reality’ storytellers such as The Levellers and Social Distortion.  So, if you like these bands then it’s worth checking out their NEW RELEASE on the 3rd December 2021.

Why are Savage Underdogs releasing ‘This Is My Life!’  now?

There was a lot of uncertainty regarding the future of the music industry far and wide  during the uncertain times of the Pandemic, so in reaction Savage Underdogs put a hold on the release and carried on writing and rehearsing until they felt the right time was upon, and release the track  with the impact possible.

Little did they now how the events of 2020 onwards roll out, Savage Underdogs realised a lot of relevancy with some of the tracks from the EP with what’s gone on in the world recently especially with ‘This Is My Life’.  Therefore the inspiration for an accompanying performance and concept music video was sporned, and this will also be released around the same time as the single on YouTube.

Where can you listen or Download 'This Is My Life!' ?

‘This Is My Life’ will be available on all major platforms including Spotify.
Watch out via our Socials and we will post a live link to Spotify or Pre-save to your Spotify library following the instructions below. 🙂

Press the Spotify Pre-save link button above to automatically add our track to your Spotify library on release day !